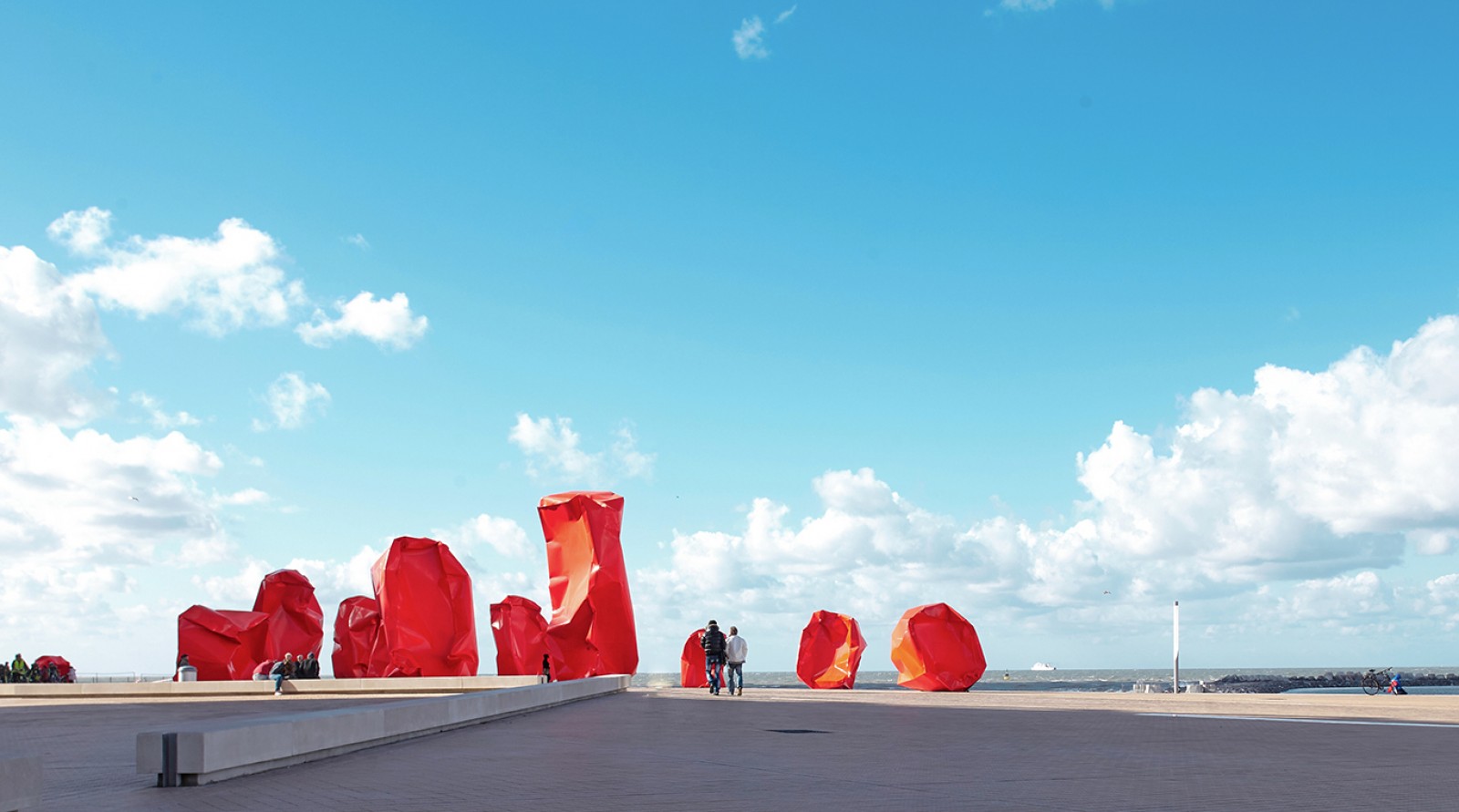 During the renovation of the Heroes of the Sea Square, the city of Ostend’s ambitions turned out to be great. This did not just mean renovating the square, but also turning it into a genuine hotspot. A recognizable place where everyone wants to be, a great place to dwell and where everyone can not only enjoy the sea to the utmost, but is also urged to contemplate on both the city as well as him- or herself. The city of Ostend therefore immediately opted for the integration of a permanent monumental work of art in this location. ‘Rock Strangers’, Arne Quinze’s first metal installation, which has a diameter of 100 metres, was part of the official selection for Beaufort04, the Triennial of Contemporary Art at the Belgian coast.

For a lot of people, Ostend functions as a final destination. A city by the sea, at land’s end. Many end up here and never leave again. Strange elements appear and contribute to the ‘multi’- society, which Ostend is turning into. The ‘Rock Strangers’ sculpture embodies these ideas. ‘Rock Strangers’ appear where you would least expect them to. Their characteristic electric orange colour provides a sharp contrast to their natural surroundings and accentuates the alienating effect they evoke. people feel attracted to these ‘Rock Strangers’ because they are curious about what is happening in this place. In addition, they also wonder what they mean in their surroundings. They appear to have been washed up on the Heroes of the Sea Square, directly from the sea. But how did they come to be there? This work of art raises questions. What happens if strange elements suddenly appear in my environment, in my city? How do we react to unusual objects when we are suddenly confronted with them in our everyday life? Who or what is actually the stranger among us: the object or the passer-by? Many answers lie in the openness and freedom that people experience or express during the acceptance of strange elements which they are confronted with.

People tend to build up a safe cocoon around them, which cannot be penetrated by strange elements or the unexpected. It is as if the walls that they have built around themselves still are not sufficient. We seem to be distancing ourselves more and more from other people. 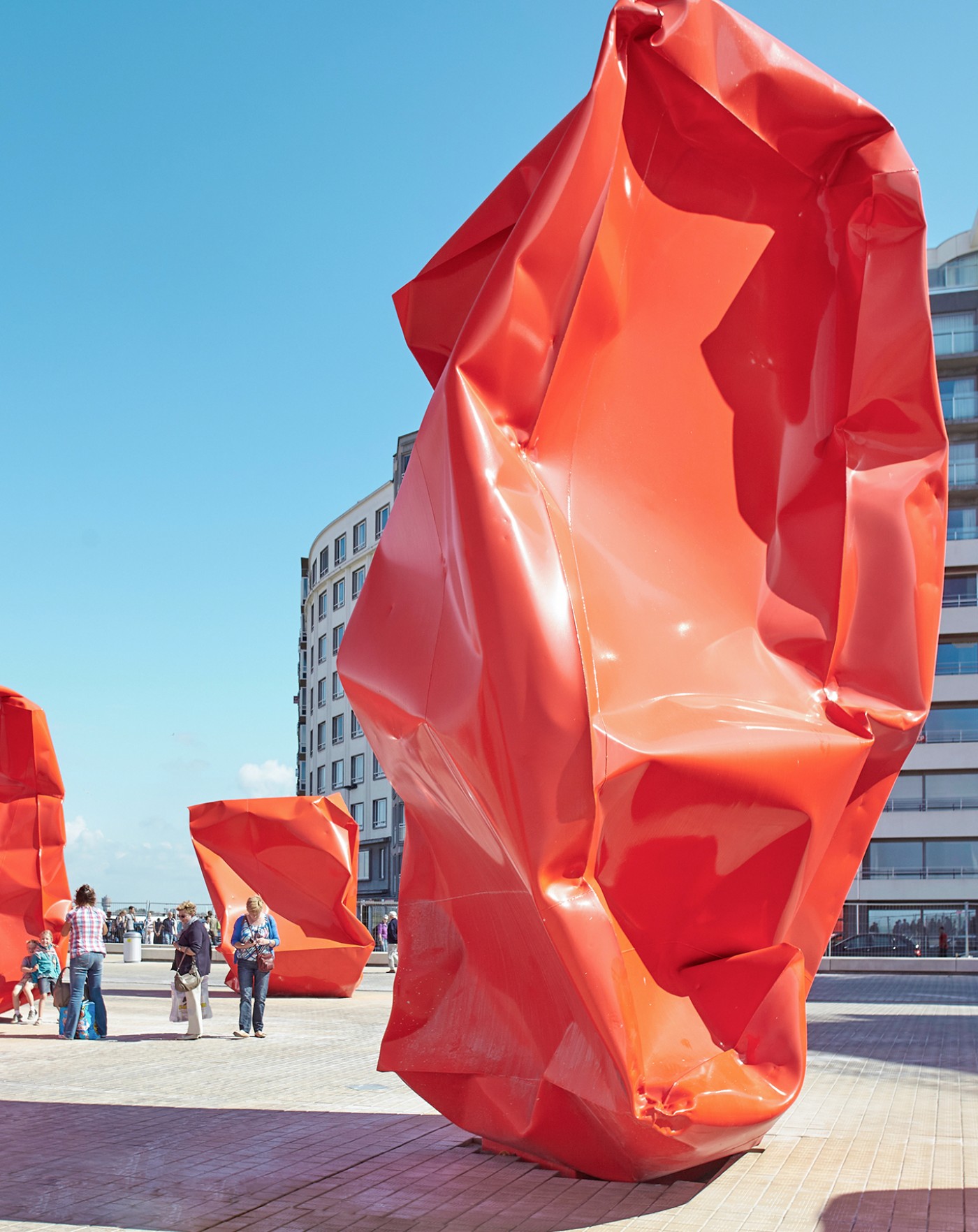 In 2012 Arne Quinze installed the ‘Rock Strangers’ sculpture at the Belgium coastline in Ostend. Ostend, meaning 'east end' in the Flemish language, has a history of attracting a very diverse population. Due to its geographical location, over time, people from all over the world washed ashore.

Migration is a topic Arne Quinze and his studio have been investigating for years. Studying the human flux through cities all over the world is the starting point for many of his public art installations. It helps him to determine where to intervene and make the most impact. 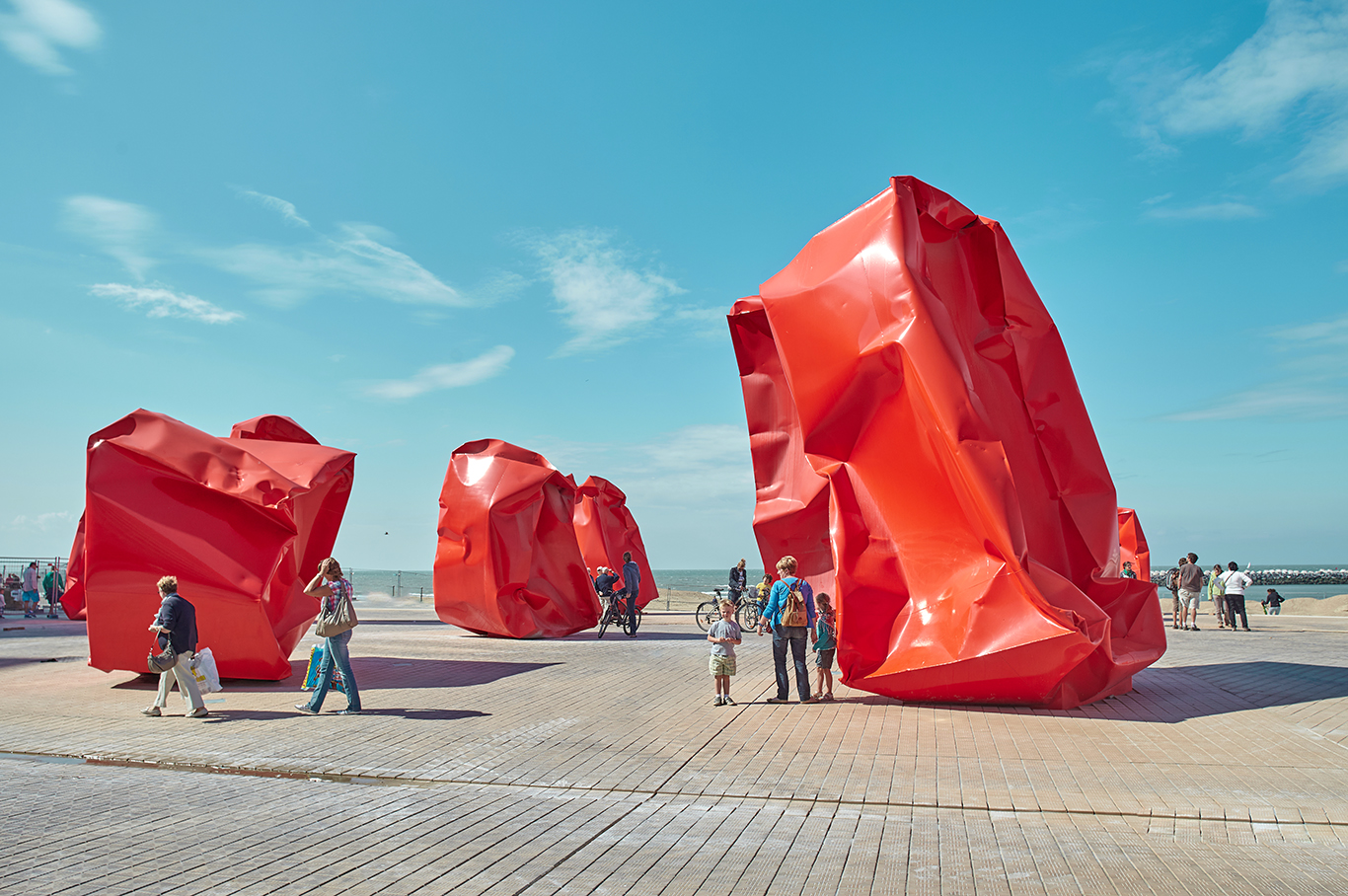 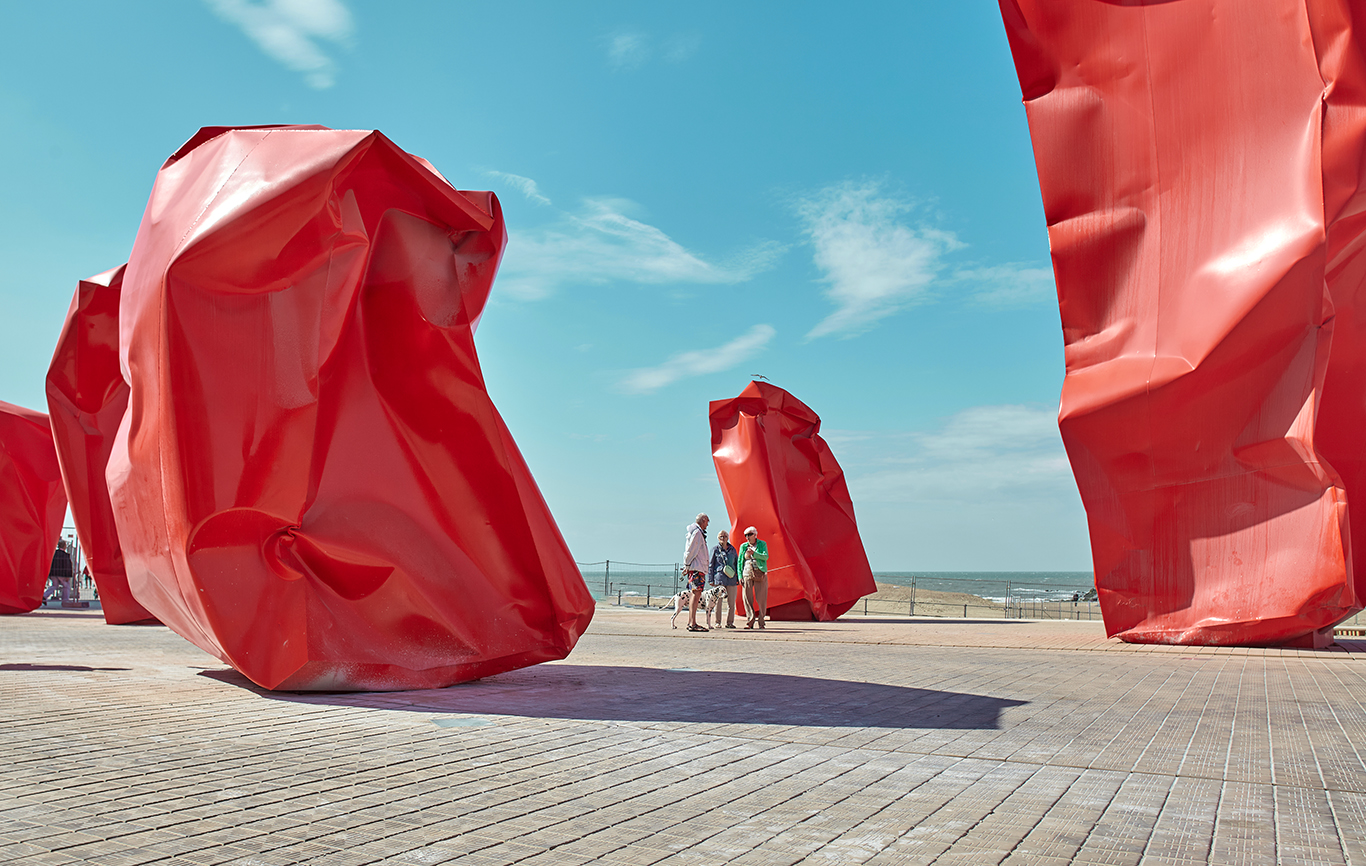 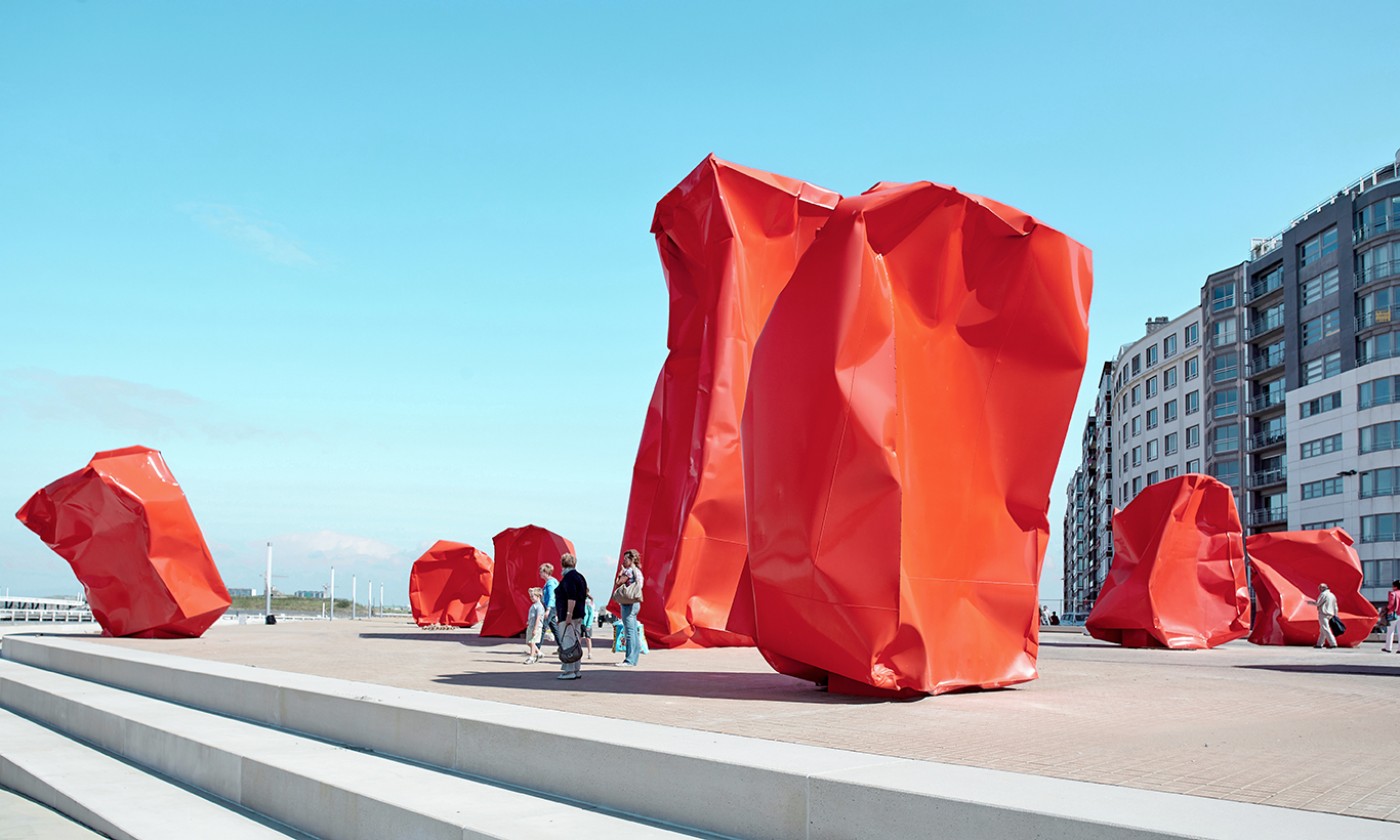 With ‘Rock Strangers’ Arne Quinze places an alien object into our daily environment. This harsh intervention aims to provoke the spectator and to respond. Before 2012, one could clearly see the need to do this intervention and to address the problems that we face today.

‘Rock Strangers’ has never been so relevant as today and Arne Quinze sincerely hopes it can remain the sculpture that it was intended to be, a landmark that reminds us to dare think different. 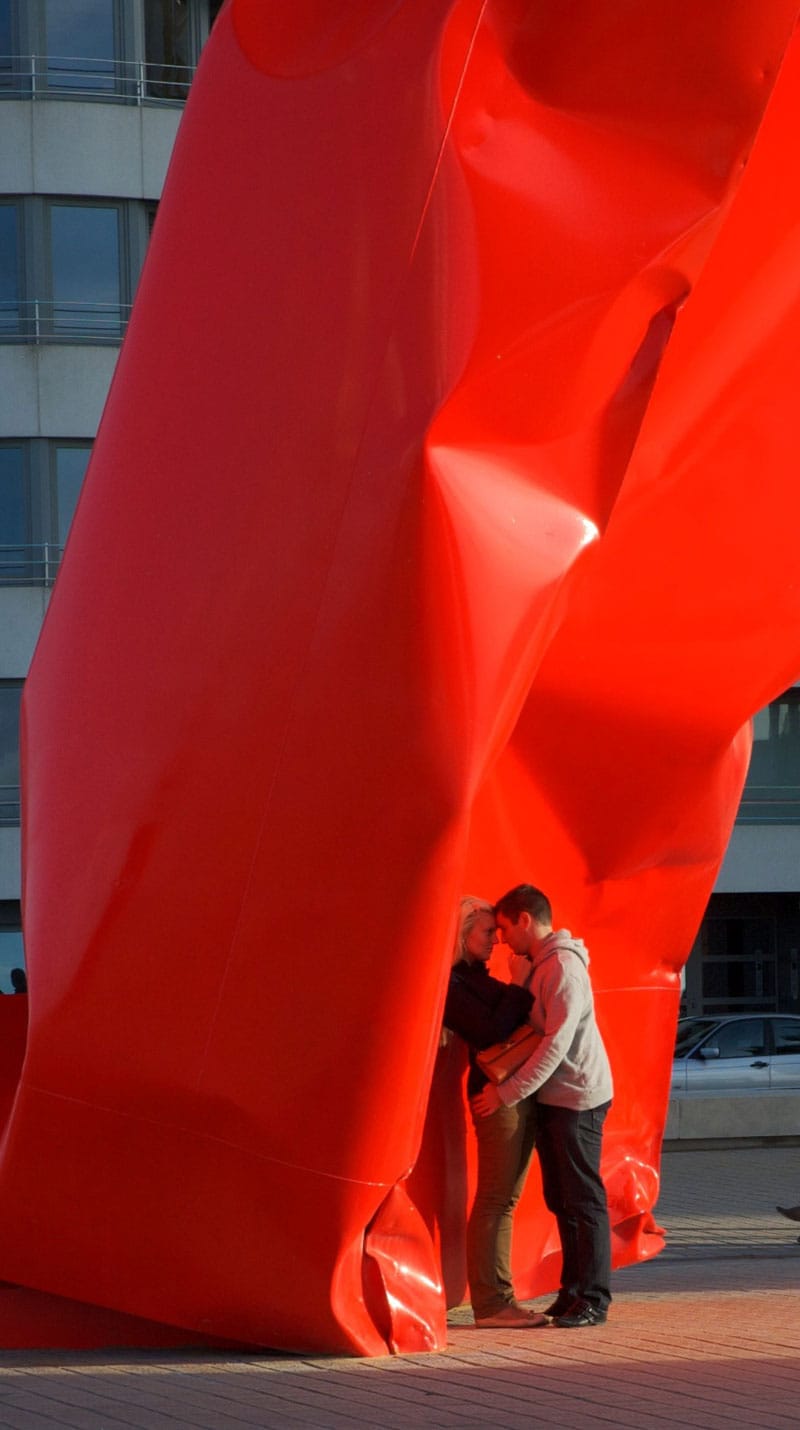 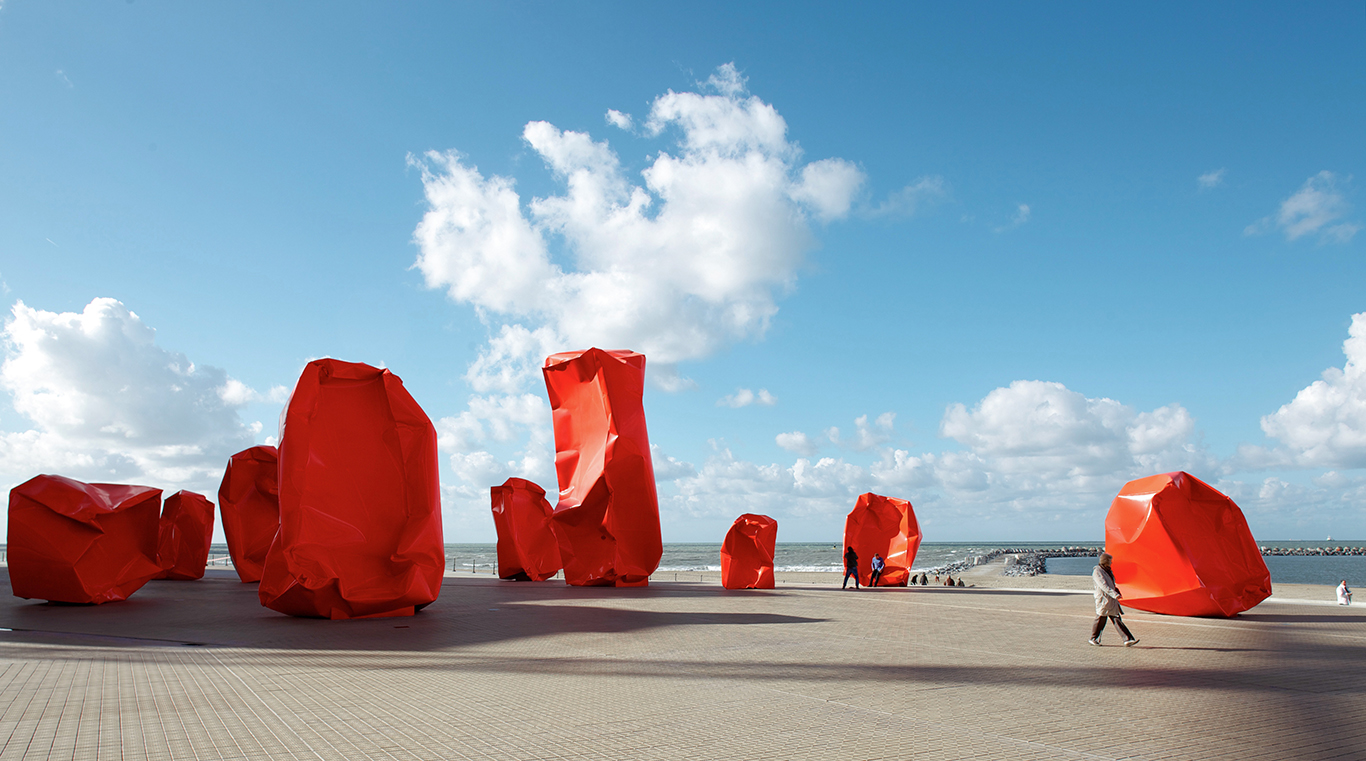 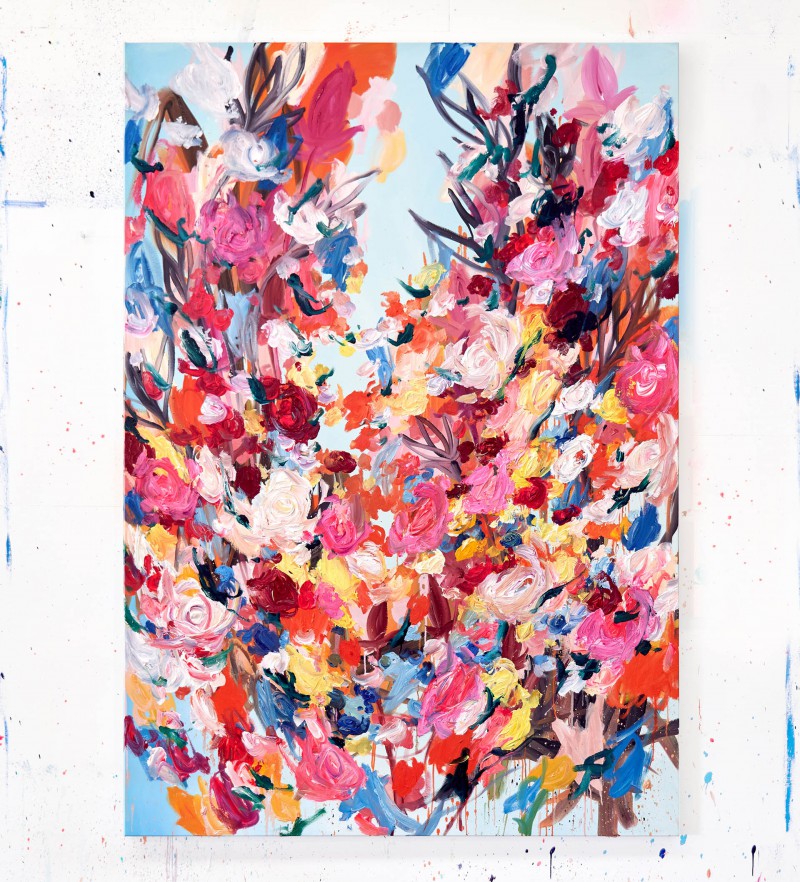 "I try not to paint a flower but the power of my garden." Arne Quinze continues his quest for the... 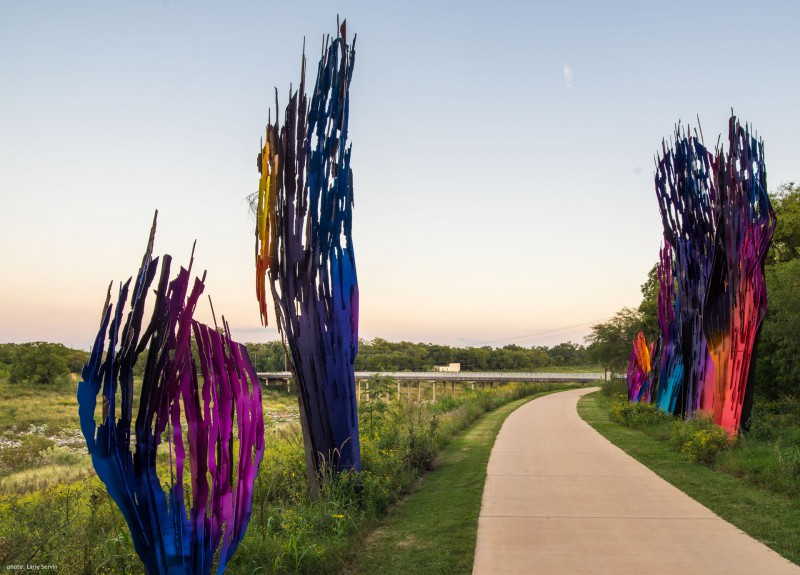 This monumental installation connects the River and Mission San Juan, serving as a portal between... 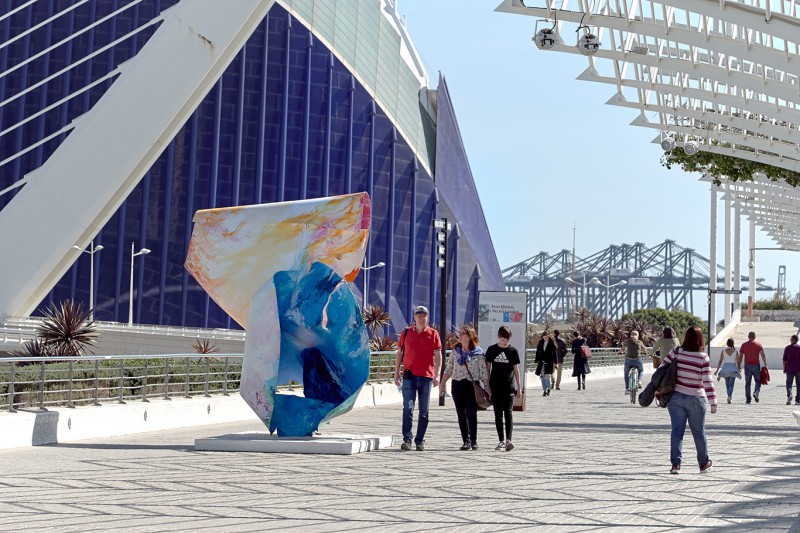 Sculpture made for the exhibition 'My Secret Garden — Valencia', commissioned by Enrique Vidal...